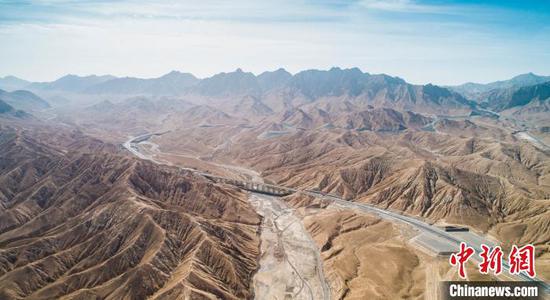 (ECNS) -- A new expressway connecting Yitunbulake in Ruoqiang County to the urban area of Ruoqiang in Xinjiang Uyghur Autonomous Region has set up 176 bridges with a total length of 22.78 kilometers to create passages for migrating wild animals.

Along the expressway, 72 small culverts were transformed into larger ones to facilitate wildlife.

The 294-kilometer expressway crosses Altun Mountains and Lop Nur, both a no man's land.

As the third major traffic channel linking Xinjiang with neighboring provinces, it plays a significant role in improving living standards in southern Xinjiang and accelerating the construction of projects under the Belt and Road Initiative.

The expressway entered operation on Tuesday.